Migration in progress,... expect a lot of broken content till I finish it.

If you ever used ignore_errors before you probably observed one of its side effects: 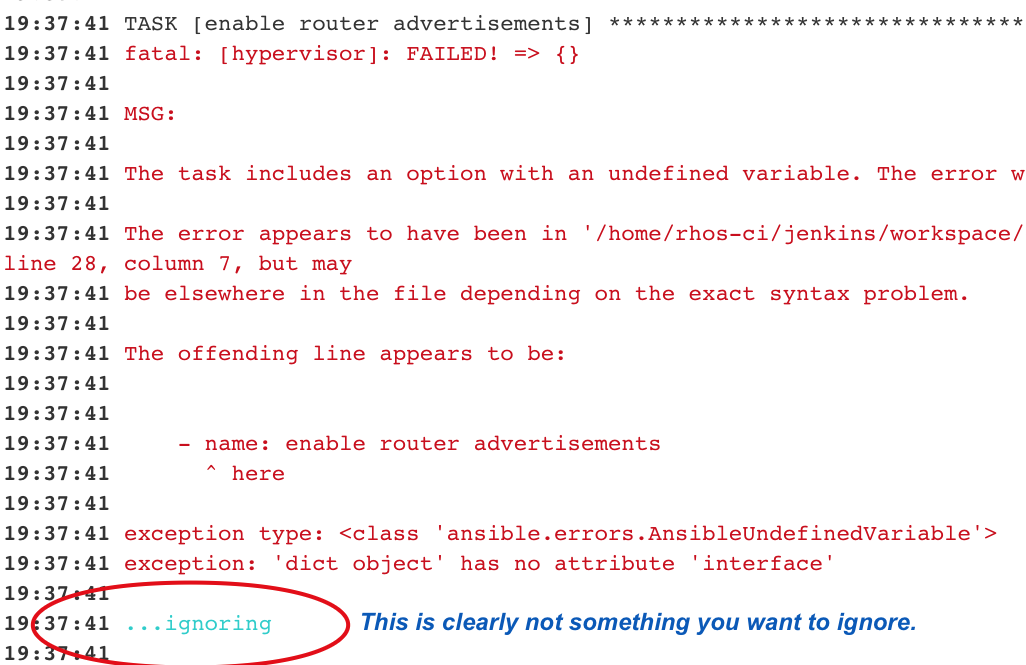 For example if you are searching for files or processes it is likely that your command will return a error code when nothing is found. Still, nothing found can often mean something expected.

Most people go to the evil old ignore_errors in order to make ansible pass that task returning an error code different than zero… just because that is what they mind tells them “that’s not an error”… when if is not an error lets make it a success.

Nope, doing command || true is not the right way to make it a success, this would make impossible for you to check error code later (result.rc).

In cases like this is better to use failed_when: false, or whatever condition you want to put there instead of false. This tells ansible to treat the task as a success (green) and not a failure that would be ignored.

From the execution point of view the results may be similar, only difference being that the result.failed would be true or false. result.rc and all the other properties still remain the same. Keep in mind that the task failure status is supposed to tell you if task failed, not if files were found or not.

There is a huge difference on how the output looks:

Here is the code used to exemplify the difference:

As you probably observed I also included changed_when: false, as this task does not modify anything on the target machine, it only reads data. This is important too because ansible will report task as changed if you do not, something that is also confusing. Ideally if you run a playbook twice, you should get changed=0at the end, but somehow I have the impression that you are not there yet ;)